Insurance Adjusters are also known as ‘claims adjusters’ or ‘loss adjusters’. Their role is to assess and investigate claims against insurance companies for property damage and personal injury. They also help the insurance company’s clients complete the paperwork required to file a claim.

How to Become an Insurance Adjuster? 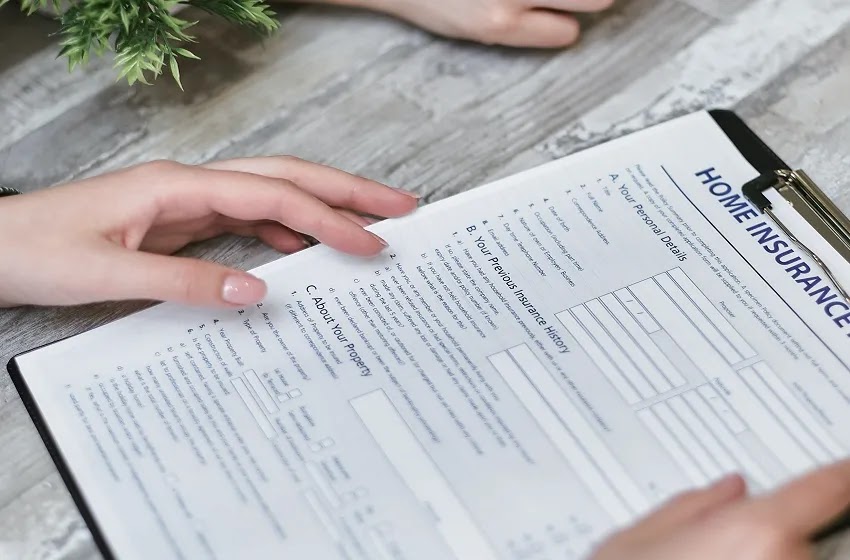 To become an insurance adjuster requires certain knowledge, which can be gained through education, experience, training, or a combination of all three.

There is currently no special degree offered to insurance adjusters at US universities or colleges, and there are no formal education requirements.

However, many adjusters have a college degree in a related field such as accounting, business, economics or law. This education helps the insurer to carry out their duties with deeper knowledge and can also lead to higher wage rates in the future.

Relevant work experience can also be a stepping stone to a new career as an insurance consultant. Some people become insurance adjusters after completing a career with an insurance company, while others have experience in other relevant fields.

For example, a person with experience in car body repair and looking to change careers might become an adjuster who specializes in handling car claims. Many adjusters involved in the investigation of complex claims have experience in law enforcement.

Some states require that practicing insurance agents be licensed, while others do not. However, regardless of the requirements in your state, it is widely considered important in the industry.

Having a license increases credibility by demonstrating that you have completed the necessary training and acquired the knowledge required to resolve claims.

Licenses issued in some states such as Texas, Florida and Indiana enjoy excellent recognition and mutual agreements in many other states, allowing the owner to operate in more locations across the country.

AdjusterPro offers a range of online and offline courses designed for both prospective insurance adjusters and those already working in the industry that wish to continue their professional development.

The training available to those looking to start a new career ranges from compact courses on specific aspects of insurance adjustments, such as property valuation and the use of popular claims settlement software, to completing courses that will lead to an insurance adjuster license.

One of AdjusterPro’s complete courses, this online program includes all of the educational and exam prerequisites for the student to become a claims adjuster with a Texas issued license.

The program also includes Property Technical Certification 1 and Xactimatesoftware training. The total study time required is approximately 90 hours, and the cost is $950.00.

This is the most popular training program offered by AdjusterPro. Conducted in a classroom over eight days, it combines Florida Adjuster Licensing, Practical Adjusting 101, and Xactimate 27 software training.

AdjusterPro claims this is the fastest and most effective way to get started on a career as an insurance adjuster. The cost is $949.00, but the experience gained may prove to be priceless.

The insurance industry will always need adjusters to evaluate and investigate claims and to assist its clients in filing the most complex claims.

From this point of view, working as an insurance adjuster is one way to have a reliable and rewarding career that is not as susceptible to changing economic conditions as many others.

Insurance consultants can be hired directly by insurance companies, or they can be self-employed and work for various companies or among the public on an individual basis. They may also work with general insurance claims or may specialize in certain areas of insurance.

In industry parlance, an adjuster who works directly for an insurance company as an employee is known as a “full-time adjuster”. They only represent the interests of the insurance company they work for and its clients.

When hiring staff adjusters, insurance companies tend to give preference to those with a university or college degree, or those who have made their way up the corporate ladder and acquired detailed knowledge along the way.

An independent adjuster is a self-employed contractor who is usually hired by a regulatory firm, while an intern is hired by insurance companies to handle claims on a case-by-case basis.

Reasons why an independent adjuster may be contracted may include the workload exceeds the capacity of the in-house adjusters, a claim may require specialized knowledge in a particular area, or they may be located or able to travel to an area where an insurance company no full-time adjusters.

Independent installers are also in high demand in the aftermath of a natural disaster or disaster.

A public adjuster differs from in-house adjusters and independent adjusters in that they represent the rights of the policyholder, not the insurance company, and are much less common.

Their responsibilities can range from helping policyholders fully understand the legal language of their policies to negotiating with insurance companies on behalf of the insured.

Sometimes it can be an adversarial role when the opponent is a large corporation, but in most cases public evaluators are used when there is no dispute about the validity of the claim, but there is uncertainty about the agreed value.

Specialist adjuster can be employed in any of the three positions discussed above. Their key difference is that they specialize in a specific type of claim or industry.

Areas of specialization may include auto insurance, personal injury, home and its contents, shipping, or claims requiring specialized investigative skills such as those suspected of fraud.

In-house adjusters are much more consistent than independent adjusters. In-house customizers usually have an office located on their employer’s premises, and they serve a specific geographic area from there. This type of role is best for those who need a more regular daily routine for family or other reasons.

On the other hand, independent customizers may find themselves working from their home office today and from their hotel room or their car the next day. Those who choose to be self-employed as an independent proofreader should be prepared to spend extended periods of time away from home.

Most insurance adjusters work as state adjusters; however, there are other options for those who prefer self-employment or want to specialize in a particular niche. Those looking to start a career as an insurance agent should consider what kind of employment is best for them, their families and lifestyle.

There are a number of factors that determine how much and on what basis an insurance adjuster is paid. These factors include the capacity they are employed in, the nature of the claims they handle and their level of expertise.

A staff adjuster employed directly by an insurance company can expect a starting salary of between $28,000 and $34,000 per year. As they gain more experience and start dealing with more complex and larger claims, their salary will increase with time.

An independent adjuster who is hired on a case-by-case basis does not get paid a salary, as such. Instead, they are usually paid a relative percentage of the settlement figure for each claim in line with an agreed fee schedule.

On that basis, it is not uncommon for many independent adjusters to earn over $100,000 per year or even in a matter of months if assigned to a natural disaster.

Public adjusters who advocate for policy holders rather than work for insurance companies are paid a percentage of the settlements they negotiate with the insurance company adjuster.

Typically, a public adjuster will charge 10% to 15% and operate on a sliding scale according to the value of the settlement. What percentage a public adjuster is allowed to charge is capped by law in some states.

Consistent Income as a Staff Adjuster

The usual state of affairs is that a staff adjuster will earn less than an independent adjuster, especially those just starting in the industry. The relative benefit though is that as a staff adjuster, you receive a regular salary, making it easier to manage a household budget. With consistent and solid performance, time spent on minimum salary is usually quite brief.

Fluctuating Income as an Independent Adjuster

Being an independent adjuster is like any other business, and you must be prepared for the peaks and valleys in your income. This means setting aside enough money to survive the “dry spell” when there is little or no work, and be prepared to work overtime to close as many demands as possible when they come.

Independent adjusters also often have to cover their travel expenses to complete a contract before being paid for it. For this purpose, it is recommended to leave about $ 5,000 in reserve.

Just as there are several different ways of hiring an insurance adjuster, there is a wide variation in earning opportunities. As a general rule, the more experienced and competent an adjuster becomes when considering claims, the higher his income will grow.

You Can Read Also