Plants are divided into two major groups of plants. These are known as gymnosperms and angiosperms. The main Differences Between Angiosperm and Gymnosperm are reproductive structure, seed distribution, and how they reproduce.

These two types of plants are so different that it is difficult to understand how they could be related. However, when one examines all of the characteristics, similarities in structure begin to appear.

The following paragraphs will explain the Difference Between Angiosperm and Gymnosperm, in order to better elucidate how they are related.

Gymnosperms are seed-bearing plants that don’t produce flowers or fruit. These plants, such as conifers and cycads, reproduce through releasing pollen and ovules into the air. This pollen and ovule mix is then fertilized by insects or wind if they happen to be in the area.

Gymnosperms were the dominant plant life on Earth for the majority of the Mesozoic Era, but scientists have found fossils dating back to the Carboniferous Period.

Gymnosperm means “naked seed” in Greek. This name refers to the lack of an ovary wall in the seed, i.e. the seed is not fully enclosed by carpels or modified leaves.

The name is quite fitting because most gymnosperm seeds are indeed naked, and several gymnosperms lack leaves altogether. Gymnosperms are one of three subdivisions of spermatophytes or seed plants.

Gymnosperms are vascular plants that produce seeds but lack flowers and are not flowering plants. This group includes conifers, cycads, Ginkgo, gnetophyte, and other less familiar groups.

Gymnosperms produce cones, similar to those of flowering plants, but are unrelated to them.

Gymnosperms are seed-producing plants that don’t produce flowers. Because of this, they are sometimes referred to as “naked-seeded” plants. 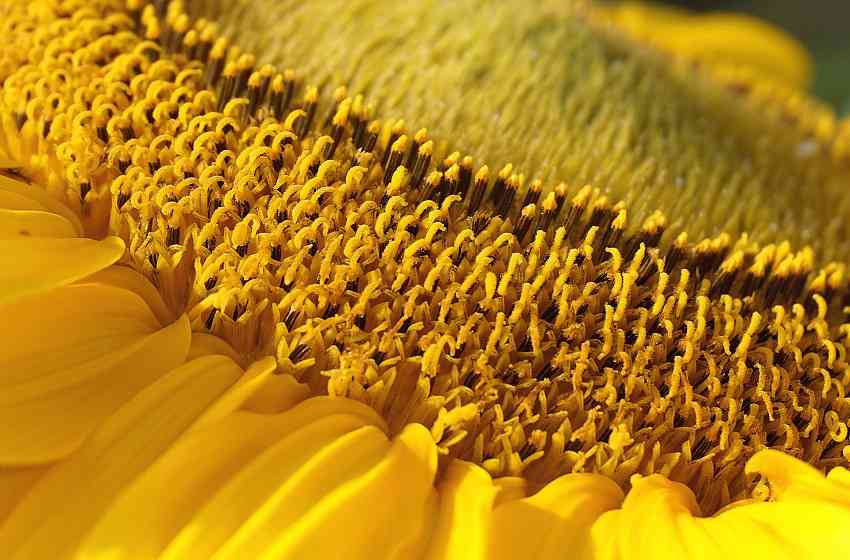 Angiosperms are plants that have seeds in which the embryo grows in a protective covering. They are the dominant plant form today, especially in the world’s ecosystems.

They appeared on Earth about 140 million years ago, and the first ones were small, scaly, and grew in water. They were only about a millimeter tall, but since then angiosperms have evolved into the trees, shrubs, and flowers we see today.

An angiosperm is a plant that produces seeds in an ovary instead of an egg. This new type of plant evolved from ancestors that reproduced via spores, like ferns and mosses.

The first angiosperms appeared on Earth about 130 million years ago. They gave rise to all the plants we have today, including trees, shrubs and flowers.

Angiosperms are flowering plants. They represent the third and final stage of the evolution of plants. The first plants were simple, non-flowering, and grew in water or on land. The second stage was the gymnosperms.

Angiosperms are flowering plants. They have pollen and seeds. They are the dominant plants on Earth today, making up most of the world’s forests.

The Angiosperms are flowering plants. They have seeds instead of spores, and they have petals and produce seeds inside a fruit.

Difference Between Angiosperm and Gymnosperm 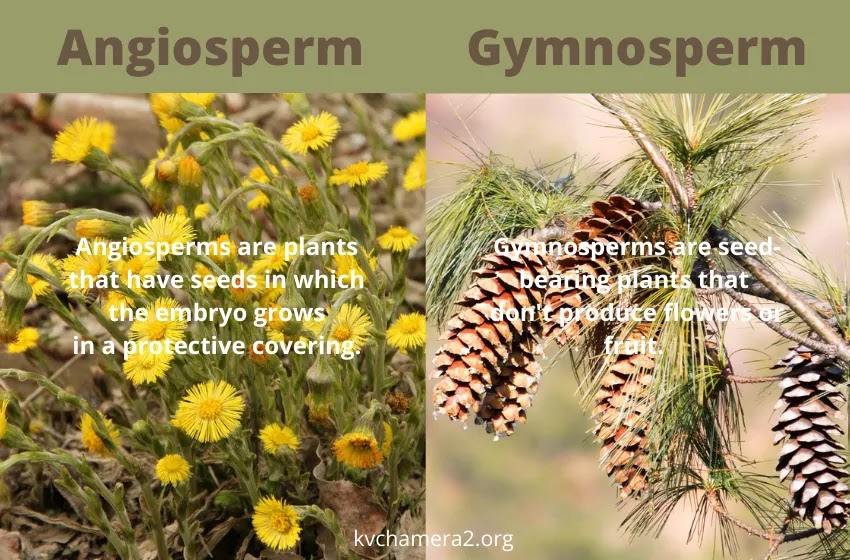 In the present context, the origin and diversification of flowering plants is of fundamental importance for understanding the history of terrestrial ecosystems and the evolution of the biosphere.

The best-documented and most widely accepted hypothesis is that angiosperms evolved from within a group of gymnosperms during the Early Cretaceous (125–80 million years ago) and diversified subsequently.

Gymnosperms and angiosperms, both show many features in common, but also a number of differences. Like all seed plants, they produce flowers to produce seeds that have a hard coating.

The differences between them lie in the way that the seeds are formed and where they are formed.

Both these groups of plants have innumerable numbers of species. A majority of plants that are found on earth belong to these two groups.

Some people use the term ‘gymnosperm’ to refer to the whole group of plants, including both gymnosperms and angiosperms.

Gymnosperms and Angiosperms are both utilize the process of photosynthesis to produce energy and grow. However, they do have some key differences which set them apart from each other.

The main differences between Gymnosperms and Angiosperms are the reproductive structures, the distribution of seeds, and the way in which they reproduce.

FAQs for Difference Between Angiosperm and Gymnosperm

Q1. What is the difference between angiosperm and gymnosperm xylem?

Q2. Why are angiosperms better than gymnosperms?

Q3. Do we eat gymnosperms?

Ans. Yes, we eat gymnosperms in several forms. Some species are harvested as a dietary supplement. Some have been used as a source of fiber. Some are used in the pharmaceutical industry as a source of starch, cellulose, or other sugar compounds.

Q4. Are angiosperms or gymnosperms more common on Earth?

The plant kingdom is a very diverse one and on first glance it may seem as if there is little difference between angiosperms and gymnosperms. However, looking beyond the surface reveals two very different types of plants.

Q5. Why are conifers classified as gymnosperms and not angiosperms?

Ans. There is a general impression that angiosperms are called flowering plants because they have flowers.

Angiosperm pollen is usually white to light yellow and is produced in large amounts of pollen. Pollination is not a very significant factor in angiosperm reproduction because most are autogamous species.

Q8. Is a pineapple a Gymnosperm?

Ans. What fruit did they bear? The answer is no, not at least for any that we know of. The gymnosperm was an important group during the Paleozoic Era, and some fossils have been found that seem to be plants of the gymnosperm (seed) type. But the gymnosperm has been an evolutionary dead end.

Q10. Do only angiosperms produce fruit?

Ans. Does only angiosperm (=flowering plants) produce fruit? Plant reproductive mode can be examined at multiple scales, ranging from the individual (trees, herbaceous perennials and annuals, and grasses) to the community (ecosystems).

A phylogenetic analysis of flowering plants (angiosperms) revealed that, within angiosperms, there are three major reproductive modes, termed autogamous, facultative, and obligate (i.e., hermaphroditic). The autogamous mode involves pollen and/or pollen tubes that land and develop on a receptive stigmatic surface, and is thus the most common mode of reproduction in flowering plants.

Q11. Do angiosperms have chlorophyll?

Ans. No. The presence of chlorophyll in angiosperms does not imply that the plant has a green or vascular tissue. The photosynthetic pigments in plants are chlorophylls, but these pigments are not necessarily located in tissues that are vascular, or photosynthetic.

When the term “green plant” is used, it usually means a plant having a green vascular tissue – i.e., having a central vascular cylinder surrounded by phloem parenchyma, typically in association with bundles of xylem fibers.

Q12. Do gymnosperms have chlorophyll?

Q13. How do gymnosperms reproduce?

Ans. Gymnosperms reproduce through the production of pollen. Pollen is carried by wind to the stigmas of the trees on which the pollen lands and is dispersed within the pollens.

When this happens, the pollen grains fuse together in a flower, releasing the pollen and the pollen tube that contains the pollen, which has now germinated.

The pollen tube then travels up the axis of the ovule, making a hole in the membrane of the ovule via which it enters the ovule.

Ans. Do gymnosperms pollinate? A recent study suggests that they do not, but further investigation may shed more light on the subject.

The following study sought to evaluate whether gymnosperms (the plant group to which conifers and angiosperms belong) have reproductive strategies similar to angiosperms.

This was done by comparing the mating systems of the two groups, and by determining whether or not the pollination strategies of gymnosperms could be explained by the pollination biology of angiosperms.

Q15. Did angiosperms evolved from gymnosperms?

Ans. The story of the angiosperms (flowering plants) evolving from gymnosperms (non-flowering plants) has been controversial for more than a century. The two groups of plants are very different in structure and function today.

Although there are many differences, these can be accommodated by different evolutionary steps.

In the first step, gymnosperm and angiosperm ancestors were similar, and that similarity may represent an intermediate stage of their evolutionary history.